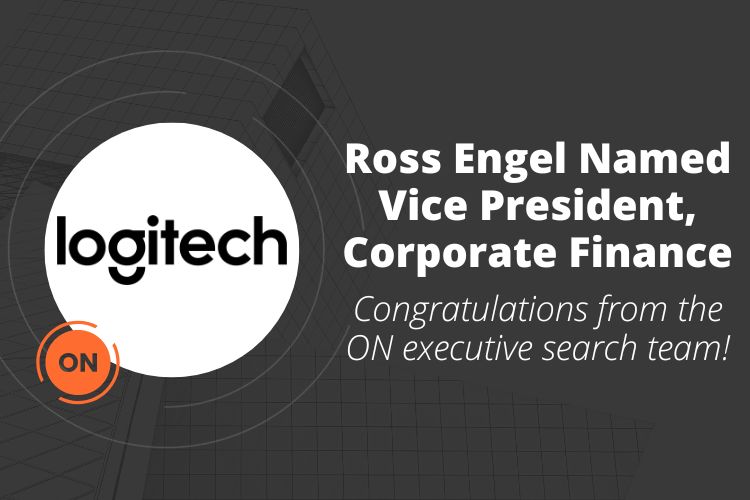 Engel joins Logitech from Stanley Black & Decker, Inc where he served in multiple financial leadership roles during his 7+ years at the organization. Most recently, Engel’s roles included the Vice President, FP&A Global Tools and Storage and Vice President, Chief Financial Transformation Office, Global Tools and Storage. Prior to that, Engel was the Chief Financial Officer, PA Operations at Sikorsky, industry leader in helicopter manufacturing for global commercial and military markets.

Engel earned his MBA, Accounting and Bachelor, Finance from University of Connecticut School of Business.

ON Partners partners Bryan Buck and Sean Cantarella are proud to have partnered with Logitech and Ross Engel on this placement. Review more of our recent work with Logitech and additional executive search placements in our Executive Talent Report.

Logitech helps all people pursue their passions by designing experiences so everyone can create, achieve, and enjoy more. Logitech designs and creates products that bring people together through computing, gaming, video, streaming and creating, and music. Brands of Logitech include Logitech, Logitech G, ASTRO Gaming, Streamlabs, Blue Microphones and Ultimate Ears. Founded in 1981, and headquartered in Lausanne, Switzerland, Logitech International is a Swiss public company listed on the SIX Swiss Exchange (LOGN) and on the Nasdaq Global Select Market (LOGI). Find Logitech at www.logitech.com, the company blog or @Logitech.

Logitech and other Logitech marks are trademarks or registered trademarks of Logitech Europe S.A. and/or its affiliates in the U.S. and other countries. All other trademarks are the property of their respective owners. For more information about Logitech and its products, visit the company’s website at www.logitech.com.