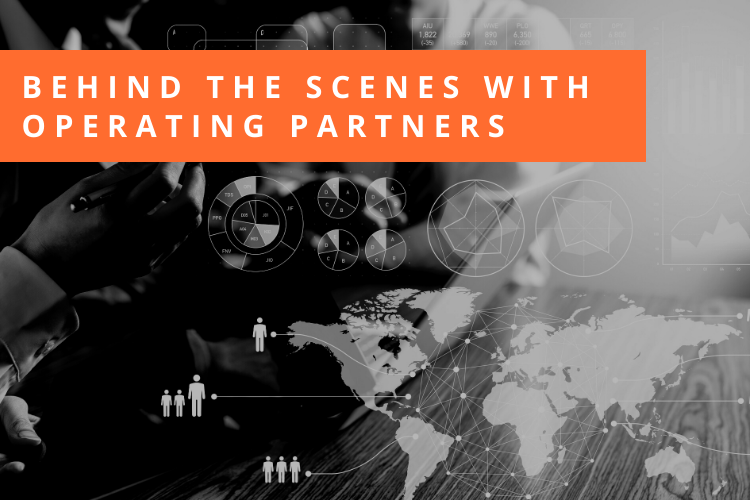 BEHIND THE SCENES WITH OPERATING PARTNERS

Snapshot of keys to Operating Partner success, why the current environment makes the role uniquely challenging, how culture and diversity play a part, and what the future holds.

As part of our work with private equity, consultants with the top-20 retained executive search firm ON Partners interviewed established operating partners and added additional insights on the state, impact, and future trends of the Operating Partner (OP) role.

While the OP role is typically a step before retirement given the level of experience needed, operating partners are telling consultants at ON Partners they’re working harder now than ever before, balancing the role of coach with being deep in the weeds of three or four companies in a hyper-competitive environment.

With PE firms flush with cash and competing with SPACs for a limited number of deals, the OP role has arguably never been more important – and demanding. This is causing big increases in deal sizes, so having an OP who knows the ins and outs of a business provides a significant differentiator. Given the competition and high valuations, this is putting more pressure to maximize current portfolio companies/valuations, which makes the OP role even more in demand.

According to Jeff Hocking, a partner at ON based in San Francisco who has helped appoint several OPs over the last few years, “In the past, financial skills and CEO leadership and advisory experience were sought after primarily from PE firms when prioritizing their recruiting efforts.  These skills are still in demand, but many PE firms are increasingly hiring specialists such as sales leaders, sales ops leaders and chief technology officers to 1) further differentiate themselves and 2) many PE firms are focusing even more on the operational aspects of running their portfolio companies.”

According to ON’s Tindall Sewell, who builds executive leadership teams at growth equity, private equity, and Fortune 500 companies and recently published insights on the OP role, “It’s not just about your network of CEOs who can step into the OP role, it’s asking, ‘What’s your network as you’re tapping into new industries? Things are moving so fast with PE firms acquiring companies, it’s critical to have people lined up who are highly qualified and can immediately jump in.”

OPs noted that the culture of the PE firm must embrace an operating partner, treating him or her like a personal trainer versus an interpreter. “Having an honest dialogue to share best practices and mistakes they’ve learned is hard but good for CEOs,” said one.

“We’re not interpreters and can’t wave a magic wand on where to invest, but we should be seen as a teammate,” according to another operating partner. “I’m considered a part of the deal team and a co-anchor with the CEO when they make an acquisition. I think of myself as an investor first and ask if I’d put my money toward a particular M&A deal.”

Adapting to the unique situation of each portco is key for OPs to be successful in their role, whether working with a first-time CEO or a more advanced, experienced one. While OPs say they don’t want to be a GP, they do want to be deeply involved in the pitch, and the role is a “huge differentiator when you know the space and are looking to acquire a company.”

One OP reports that he co-invests in every opportunity, making him feel more involved in building a company and caring more about its success.

Building Diverse Boards Through the OP

“When a PE firm hires an OP, that person will likely serve on as many as four boards because it’s a full-time role. Hiring a diverse candidate as an OP therefore automatically creates several more diverse boards.”

Adds Hocking, “We have already seen PE firms trying to differentiate from each other with operating partners who are proven, multi-time CEOs or are recognized in their industry as thought leaders in specific skill sets, which increases the demand and limits supply.  Now there is a push for diversity at the same time and the battle to attract and hire diverse operating partners has just begun – and will be the hottest area for recruiting within PE firms going forward.”

The Future of the OP

Notes Sewell, “PE firms are typically backing management teams, not companies, so putting the most experienced and talented candidates in place is key. An OP must balance being trusted by the portfolio company while also serving as an advocate for the investor and acting as a liaison between them.”

Many PE firms are struggling to differentiate themselves and are starting OP initiatives if they haven’t already in order to better compete. The future OP partner model, according to one OP, is to engage specific specialists by industry, function, or specific use cases/projects. “The typical generalist OP will be a thing of the past.”