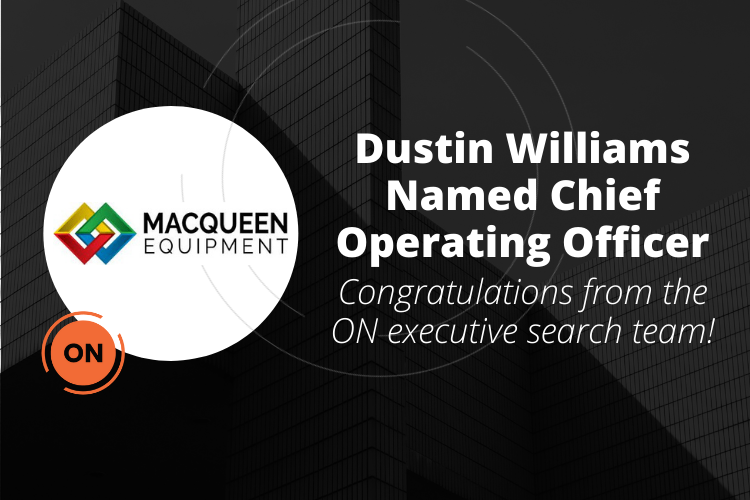 Williams joins MacQueen Equipment with extensive experience in operations management, customer relations, communication strategies, and profitability improvement. Prior to joining MacQueen, Williams was the Vice President of Product Support at Carolina CAT, responsible for the operation of 7 branch locations consisting of 11 business units serving western North Carolina as the exclusive Caterpillar, Inc. Williams was the Director of Brand Operations and Performance Excellence at Cummins, Inc. where he provided strategy and guidance for up to 200 North American branch locations and 8 operating regions. He spent over thirteen years at Cummins Atlantic, LLC., where he was most recently the Vice President of Service & Parts Operations providing corporate guidance for the operation of 11 branch locations throughout the distribution territory with specific responsibility for branch level service operations, service sales, retail parts operations, and the customer call center.

Williams holds his Master of Arts in Communications and Public Relations from the University of North Carolina at Charlotte and his Bachelor in Organizational Communication from Pfeiffer University.

ON Partners consultants Baillie Parker and Sean Cantarella are proud to have partnered with Dustin Williams, Rotunda Capital Partners, and MacQueen Equipment on this successful appointment. See more operations executive roles placed by ON Partners here.