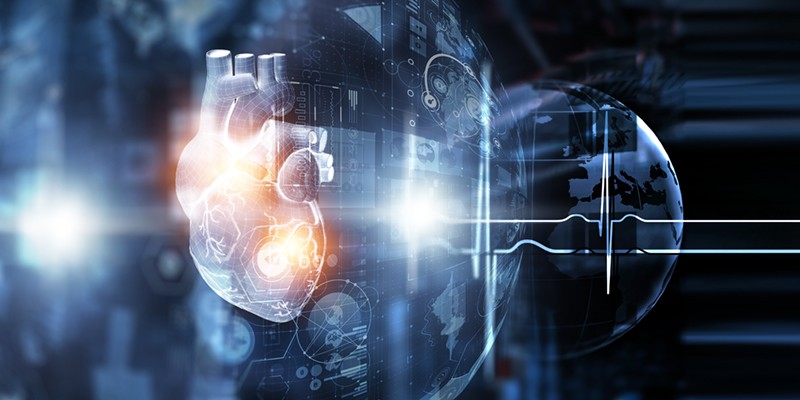 CLEVELAND, OH – JANUARY 15, 2020 ─ ON Partners, the experience-driven retained executive search firm, today reported its ON the Move list of the biggest corporate executive moves in the second half of 2019. Compiled by ON consultants nationwide, the list reflects major changes in the consumer and tech arenas, as well as significant moves in entertainment, healthcare and financial services.

“With U.S. stock indexes near record highs and the economy expanding rapidly, one wouldn’t expect such a high number of companies making leadership changes, but 2019 ended with over 1,600 CEOs leaving their posts,” noted ON partner Marc Gasperino. “A good majority of these moves were part of succession plans, with incumbent CEOs and their boards preferring to make transitions during strong economic results, but there were also moves based on the overwhelming movement to hold executives and businesses more accountable for ethical standards.”

Gasperino added, “22% of CEO successor hires have been women. While it’s still a small percentage, it’s up from 12% since 2010 so we hope to see the trend continue to scale in the right direction.”

“The moves that happened in the second half of the year were mandates that made clear the following: Ethics matter,” noted partner Bryan Buck. “CPG companies have a moral responsibility to be human and environment-first. Retailers need to become technology companies. Even disruptors at some point need to make money. And those management teams that cannot or will not change course or philosophy to meet the prior stated criteria will be met with swift, Wall Street-led justice.”

Bed Bath & Beyond in October hired Mark Tritton, Target’s chief merchandising officer, as its new CEO. Tritton in December ousted six top executives as he works to turn the retailer around.

After the company entered crisis mode with the crashes of two of its 737 Max jets, Boeing fired CEO Dennis Muilenberg in December, replacing him with chairman David Calhoun as of January 13 in an effort to stabilize the company.

Coca-Cola reinstated the global CMO role and named Manolo Arroyo, president of the company’s Asia Pacific group, to the position.

Gap Inc. announced that longtime CEO and President Art Peck would step down from those roles and his board position, after a brief transition. Board Chairman Robert Fisher, of the founding Fisher family, has taken the job of interim chief executive. Fisher has worked at the company for 35 years in various senior executive positions, including interim president and chief executive officer. He’s been on the board since 1990 and has served as non-executive chairman since 2015.

Juul Labs CEO Kevin Burns announced in September he was stepping down amid reports of a mysterious vaping-related lung illness and scrutiny from state and federal officials.

McDonald’s lost two senior executives in November. David Fairhurst, its top human resources manager, left the company after 15 years, a day after star CEO Steve Easterbrook was fired for having a consensual relationship with an employee.

In major sporting-goods company news, Under Armour billionaire Kevin Plank said he was giving up the top job at the company he founded, while Nike CEO Mark Parker announced he’d step down after four decades at the helm.

WeWork CEO Adam Neumann stepped down in September after a failed attempt to take the company public. The company also announced that WeWork’s parent company has appointed Frances Frei, a professor at Harvard Business School and a former Uber executive, as a director. Maurice Lévy, chairman of the advertising company Publicis, was named interim chief marketing officer in November after he initially “rejected the idea.”

Yum Brands, the parent company of KFC, Pizza Hut and Taco Bell, named COO David Gibbs as its next CEO.

Disney’s Bob Iger stepped down from Apple’s board, as competition heats up between the two companies over streaming.

NBCUniversal named Jeff Shell as replacement for CEO Steve Burke, who will retire in August 2020. Shell took over beginning January 1.

Noted ON vice president Joe Olson, “While this has been a busy year in financial services from the industry perspective – investment in blockchain and other M&A activities – it was a fairly conservative year from the executive movement standpoint. We are seeing more of a holding pattern with the larger institutions, but it is notable that Wells Fargo brought in an external CEO to help repair its image after the massive scandal back in 2016.

Moving into 2020, it will be very interesting to consider how distributed environments are able to balance serving their customers and their own IT security risks. For example, the Travelex ransomware hack has had a massive impact on foreign currency, especially in areas that rely on Travelex to supply that cash. How will these organizations (both the vendors and the banks) evolve over the coming years? Whether these acts are driven by individual groups or a state controlled entity, the IT/CISO support will continue to be one of the most critical areas of investment in 2020 and beyond.”

Credit Suisse in July hired Jerry Wiant from Lazard as the head of investment banking for U.S. banks.

Marty Chavez left Goldman Sachs at the end of 2019. The bank’s tech force who was once a dark-horse candidate to succeed Lloyd Blankfein was replaced by Marc Nachmann as co-head of the firm’s trading division. Nachmann, a 25-year veteran of Goldman, has been co-head of the investment banking business since 2017.

Wells Fargo in September named Charlie Scharf, the CEO of Bank of New York Mellon, as its new chief executive.

eBay CEO Devin Wenig resigned in September as the online marketplace struggles to turn around its business.

Foursquare promoted recently hired president David Shim to CEO. Shim, who joined the location-based technology platform as president in June, has also been added to the board of directors.

Dion Weisler stepped down as the chief executive of HP, citing family health reasons. He’ll be replaced by Enrique Lores, the head of the company’s printing business.

SAP in October made a surprise leadership change, naming executives Jennifer Morgan and Christian Klein as the successors to CEO Bill McDermott, who’s stepping down.

T-Mobile announced in November that longtime CEO John Legere, who was credited with reviving the telecommunications company by cutting prices and more than doubling its subscriber base, will step down at the end of April after his contract expires.

The company’s merger with Sprint will now be overseen by his successor, Mike Sievert, T-Mobile’s president and chief operating officer. Sievert is also expected to lead the combined company after the acquisition.

Uber founder and former CEO Travis Kalanick announced December 26 he was leaving the company’s board and sold all of his stock, worth more than $2.5 billion. He is focusing on real estate startup CloudKitchens, which offers restaurants fully outfitted kitchens so they can fulfill online orders from services such as DoorDash and UberEats.

In addition, the company’s chief product officer Manik Gupta left the company on December 13. Until a replacement is found, Gupta’s team will report directly to CEO Dara Khosrowshahi.

Charles Baker in August stepped down as Yelp’s CFO to take the same position at Eventbrite.

The CEO of Abbott Laboratories announced in November that CEO Miles White will step down from the position in March 2020. He will be succeeded by Abbott’s president and operating chief, Robert Ford.

The consulting firm Accenture in July named Julie Sweet as its CEO.

John Hamilton, Boeing’s chief engineer, who had been leading the company’s response to the 737 Max crisis, is retiring.

The too-elite club of female Fortune 500 CEOs will get a new member next year when Otis Elevator spins out of United Technologies. Judy Marks, who joined as president of Otis, will become CEO of the world’s leading elevator company, with $13 billion in revenue and 17% of the global market.

ON Partners propels an organization’s mission by building C-level and board leadership teams. Founded in 2006 by like-minded consultants as a values-driven alternative to the multi-service global firms they were leaving behind, ON delivers a better executive search experience. The firm has been named to the Inc. 500/5000 Lists six times, was named to the Inc. 5000 Hall of Fame in 2018 and is consistently ranked among the top 20 retained executive search firms in the U.S. For more information, visit onpartners.com.

Get started on your executive search journey with us today.