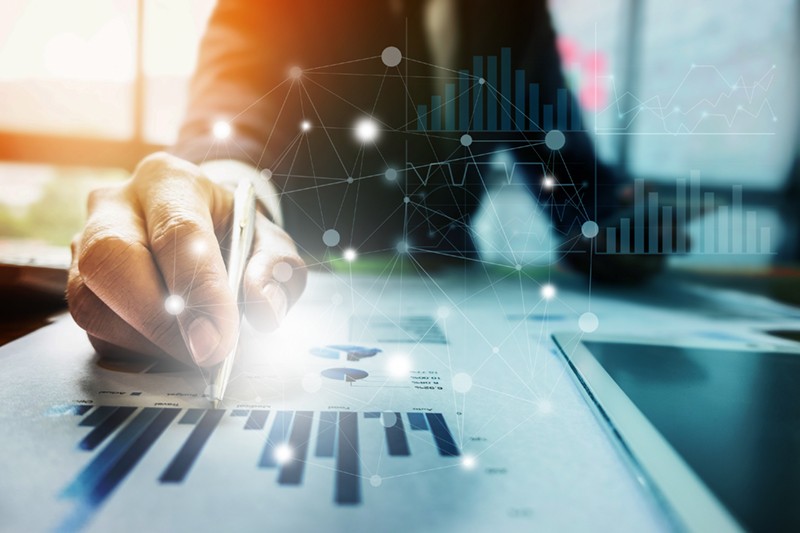 TOP EXECUTIVE MOVES IN THE FIRST HALF OF 2019

Disruptions in Tech, Financial and Consumer markets among shake ups.  ON Partners consultants Marc Gasperino, Jeff Hocking, Joe Olson and Bryan Buck offer their points of view on the state of each industry as it pertains to talent, the impact of executive moves and what to expect for the rest of 2019.

Our consultants weighed in on executive moves in the first half of 2019 and compiled the following list of high-profile transitions across various markets including tech, financial services and the consumer space.

“Despite fears of a slowdown, hiring has remained strong at the executive level in 2019 across key sectors,” noted ON partner Marc Gasperino. “Based on ongoing conversations with clients and current C-level, board and senior executive searches, we anticipate an equally strong second half of the year in key markets. Companies continue to invest in digitalization, artificial intelligence, automation and machine learning to stay ahead of the competition and deliver customers better products and experiences. These investments need executives with the skills, insights and vision to lead businesses in new directions.”

On the current state of the tech sector, partner Jeff Hocking noted, “Despite some recent high-profile departures, Facebook, Google, Amazon and Apple are dominating the hiring landscape, which has resulted in 1) smaller companies having a difficult time competing for talent and 2) the Big 4 doing a very good job in locking up executives with very lucrative, long-term compensation plans.”

Two of Facebook’s top executives — one considered the company’s No. 3, the other the head of its WhatsApp messaging service — left the company mid-March after disagreements with CEO Mark Zuckerberg over the social network’s future direction. Facebook chief product officer Chris Cox and Whatsapp head Chris Daniels were said to have disagreed with Zuckerberg over his plan to integrate the services into a single platform.

CEO of housing-search website Zillow Spencer Rascoff stepped down in February, with chairman and co-founder Rich Barton taking over.

Snap CFO Tim Stone, who joined the company in May 2018 after nearly two decades at Amazon, left the company in January after just eight months to “pursue other opportunities,” according to a filing with the Securities and Exchange Commission.

Symantec president and CEO Greg Clark unexpectedly stepped down in May after three years running the company, ending his influential and sometimes tumultuous tenure at the cybersecurity vendor.

MAJOR MOVES IN THE FINANCIAL SECTOR

On the evolution of the financial space, ON vice president Joe Olson noted, “In modern financial institutions, the next generation of leaders must be able to both protect (fraud, cybersecurity risk, currency/political instability) and innovate (crypto/Blockchain technology, digital Investment in both internal and external capabilities). As we continue to see global pressure around stronger financial regulations, this will not be an industry for the faint of heart.”

After a storied career, legendary Bond Manager Bill Gross retired in February. Gross reigned as the Bond King for decades at Pacific Investment Management after jumping to Janus Henderson Group from the fixed-income giant he co-founded. Responsibilities for the bond fund and related strategies were assumed by the Janus team that supported Gross for four years, with Nick Maroutsos, co-head of global bonds, becoming the portfolio manager of the fund.

Ernst & Young in January named Carmine Di Sibio as its next CEO and global chairman. Sibio, who previously served as global managing partner of client service for the company, will start leading the accounting and consulting firm on July 1. In December, Mark Weinberger announced he would be stepping down as CEO for Ernst & Young.

Jamie Forese, head of Citigroup’s investment bank and a potential successor to Mike Corbat as CEO, announced in April he was retiring after more than three decades at the bank.

“While we continue to see a traditional succession path within large institutional finance organizations, the continued investment in machine learning and artificial intelligence has forced many organizations to dramatically evolve,” noted Olson. “It is no secret that investment banking has fallen well behind technology and even management consulting when you track recent tier-one MBA placement rankings. What is surprising is that many of the sell-side analysts, specifically in tech, media and telecom, are forced to cover a massive spread of companies, both public and private, in order to properly evaluate their institutional standing. When you combine this spread with the increased regulations (i.e. more limited financial return), it is no surprise that we continue to see a tremendous pull into the corporate sector, traditionally into a vice president of investor relations or a financial/strategy officer role.”

In April, JPMorgan Chase reshuffled its executive ranks, giving two women big new roles and ones that identify them as possible successors to Jamie Dimon, who said in February that he plans to step down in about five years. Former CFO Marianne Lake, already considered a potential future CEO, now leads the bank’s enormous consumer-lending division. Her successor as CFO is Jennifer Piepszak, who previously led the credit-card unit. Both are seen as having the “right combination of youth and experience to potentially succeed Mr. Dimon,” according the Wall Street Journal’s David Benoit. (They’re both 49.)

Jim Yong Kim unexpectedly announced his resignation as president of the World Bank in January. He was scheduled to serve until 2022, and his departure, effective February 1, set up a succession tussle between the U.S., which traditionally wields heavy influence over the process, and other governments. The bank, which has focused on combating climate change and promoting foreign aid, has clashed with the Trump administration.

The chief operating officer of Deutsche Bank’s U.S. arm, Kate Clifford, quit in June after a year in the role. After much industry speculation around her possibly joining Wells Fargo, the company announced she had joined the company as chief operating officer for corporate risk. Also at Wells Fargo, interim CEO Allen Parker is reportedly under consideration to keep the job permanently.

Rahm Emanuel, the former mayor of Chicago and Obama administration official, in June joined the investment bank Centerview Partners as a senior counselor based in Chicago.

“Buy-side analysts have become a great repository of industry depth, and their increased interest in private companies – such as Airbnb, Uber, SpaceX, WeWork and Pinterest – has created a unique trickle-down effect,” noted Olson. Their investment allows for equity holders who sell their shares to become physical billionaires prior to an IPO. The benefit is that this allows for a more liquid equity marketplace but on the downside, it weakens the ability of the broader investing public to participate in the potential outsized returns of a unicorn IPO. What we are seeing now with the recent tech IPO push from companies like Pinterest, Uber and Lyft is the result of an extended incubator cycle made possible through mutual fund investment, most notably T. Rowe Price and Fidelity Investments.”

According to ON partner Bryan Buck, “It continues to be all about the data – how to get it, how to secure it, and what to do once you have it. Data will accelerate “weaponization” opportunities in front and back-end capabilities. CISO’s will have an increasingly bigger seat at the table. And technology will leave retail and CPG companies more exposed to a data breach than ever before.”

After facing pressure from three activist hedge funds, veteran Bed Bath & Beyond CEO Steven Temares in May stepped down and was replaced by board member Mary Winston, who is currently serving as interim CEO.

Disney CEO Bob Iger in April announced he would retire in 2021, ending a leadership tenure of more than 20 years. Iger said he’s been talking with the Disney board “for quite some time” about picking a successor, noting “They’ve been engaged in a succession process and we continue to feel they will be able to identify my successor on a timely enough basis so that this company has a smooth transition.”

Colgate-Palmolive named Noel Wallace CEO in February, replacing Ian Cook, who had led the company since 2007.

Herbalife Nutrition said in January that Michael Johnson would return as its chief executive, after Richard Goudis, his successor, resigned.

Amid ongoing negotiations with the SEC, Tesla reshuffled its board, announcing that Brad Buss and Linda Johnson Rice would not pursue reelection to the board at Tesla’s stockholders’ meeting in June. In 2020, the tenure of Steve Jurvetson, who has been on leave, will officially end. A fourth independent director, Antonio Gracias, will also bow out in 2020 if Tesla stockholders approve a proposal to reduce director terms from three years to two.

Added Buck, “Despite the current 10-year bull market, retail continues to lag behind other sectors in terms of growth and profitability because of (a) Amazon’s further friction-less integration into our everyday lives and (b) the scorched-earth policy that several private equity firms seem to be taking towards their investments in the industry.  For “brick and mortar” retailers, innovation stops before it ever really starts because the investment required to get them from 1.0 to 2.0, not even to the finish line, essentially makes it a non-starter; settling for band-aids or “low hanging fruit” rather than the overhaul that’s needed.”

We propel an organization’s mission by building C-level and board leadership teams. With ready access to key executives nationwide, we have offices in key metro areas, empowering us to discover and recruit the best talent available anywhere.

Learn more about ON Partners and contact us for your executive search needs.