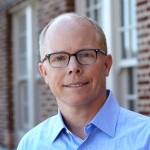 CFOs of financial startups may be motivated by more than money.

Yes, financial services executives are taking technology CFO jobs because they are tired of regulatory handcuffs, they want to do something more entrepreneurial and fun, and the prospect of a huge equity cash-out is alluring. But there may be another motive at play: the desire to foster positive change in the world.

Really? The bottom-line guys want to do good? Yes, says Larry Ormsby, a veteran executive recruiter with ON Partners who specializes in placing CFOs with technology companies.

“There’s a broad trend of people trying to find more meaning in their work,” says Ormsby. “My office is in a shared work area, and I talk to a lot of younger people who are doing different things. Most of them are trying to develop apps or companies that somehow or other will change the world for the better. It’s not about being rich. It’s about doing something cool, which is defined as something with meaning.”

That mind-set may be moving up the age spectrum. Take Laurence Tosi, 47, the former Blackstone CFO whom Ormsby recruited to Airbnb. “He tossed a lot of money aside,” Ormsby says. “He made a bet on a long-term financial return that would help catch him up, but it would be a real stretch to say he did it for the money.” (Tosi declined CFO’s request for an interview.)

Of course, there is a low-end compensation threshold for someone like Tosi. Airbnb wouldn’t have been able to afford him had its valuation been, say, $1 billion rather than the $25.5 billion it was valued at shortly before hiring Tosi, Ormsby acknowledges. “But for him, [the job switch] had a lot more to do with being part of something exciting and feeling like he was doing something good. The technology world allows you to feel like that.” —D.M.